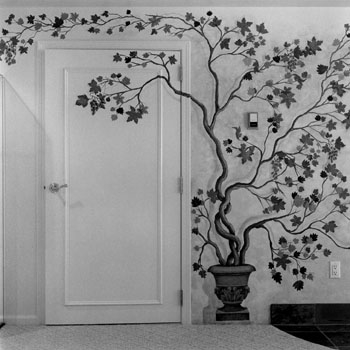 Dipesh Chakrabarty (History, University of Chicago) is currently working on a book project on the implications of the science of climate change for historical and political thinking. His influential article, “The Climate of History: Four Theses” (Critical Inquiry, Winter 2009), indicates the beginning of that project. Chakrabarty has written or co-edited books including Rethinking Working-Class History: Bengal 1890-1940 (Princeton, 1989; 2000), Provincializing Europe: Postcolonial Thought and Historical Difference (Princeton, 2000; second edition, 2007), Cosmopolitanism (Duke, 2000; edited with Rochona Majumdar and Andrew Sartori), and Habitations of Modernity: Essays in the Wake of Subaltern Studies (Chicago, 2002). He is a founding member of the editorial collective of Subaltern Studies, a co-editor of Critical Inquiry, and a founding editor of Postcolonial Studies. Chakrabarty has received many honors for his work, and Provincializing Europe has been translated into Italian, French, Polish, and Spanish and is being brought out in Turkish, Korean, and Chinese. His most recent book, The Calling of History: Sir Jadunath Sarkar and His Empire of Truth, is forthcoming from the University of Chicago Press.

Dale Jamieson (Philosophy, NYU) is the author of Reason in a Dark Time: Why the Struggle to Stop Climate Change Failed—and What It Means For Our Future (Oxford, 2014), Ethics and the Environment: An Introduction (Cambridge, 2008), and Morality’s Progress: Essays on Humans, Other Animals, and the Rest of Nature (Oxford, 2002). Love in the Anthropocene, with Bonnie Nazdam, will be published by OR Books in 2015. Jamieson is also the editor or co-editor of nine books, most recently Reflecting on Nature: Readings in Environmental Philosophy, 2nd Edition (Oxford, 2012) with Lori Gruen and Chris Schlottmann, and has published more than one hundred articles and book chapters. He serves on the editorial boards of journals including Environmental Ethics; Science, Technology, and Human Values; Science and Engineering Ethics; Journal of Applied Animal Welfare Science; The Journal of Agricultural and Environmental Ethics; and the Journal of Applied Philosophy. At NYU, Jamieson is Professor of Environmental Studies and Philosophy, Affiliated Professor of Law, and Director of the Animal Studies Initiative.

Peter Kareiva (Chief Scientist, The Nature Conservancy) joined The Nature Conservancy’s staff in 2002 after more than twenty years in academics and work at the National Oceanic and Atmospheric Administration, where he directed the Northwest Fisheries Science Center Conservation Biology Division. In addition to his duties as the Conservancy’s chief scientist, his current projects emphasize the interplay of human land-use and biodiversity, resilience in the face of global change, and marine conservation. Kareiva publishes prolifically, having authored over 100 scientific articles in such diverse fields as mathematical biology, fisheries science, insect ecology, risk analysis, genetically engineered organisms, agricultural ecology, population viability analysis, behavioral ecology, landscape ecology and global climate change. He has received a Guggenheim Fellowship, been elected to the American Academy of Arts and Sciences, and been named a member of the National Academy of Sciences. Kareiva has taught at over eight different Universities around the world (including Brown University, Uppsala University, University of Washington and University of Virginia) and authored six books.

Anahid Nersessian (English, UCLA) researches the long Romantic period (1750-1850) and its legacies. Her first book, Utopia, Limited: Romanticism and Adjustment (Harvard University Press, 2015), argues that Romantic writers use literary form to model minimally harmful practices of renunciation, self-containment, and adaptation with respect to a world of finite resources. She is currently working on two book projects: an edition of Percy Bysshe Shelley’s long poem, Laon and Cythna (under contract with Broadview Press), and The Calamity Form, a study of rhetoric and tropology in relation to environmental crisis.